The Northeast and parts of the Lake States were hit with the aforementioned major storm this spring, so the woodcock breeding population will likely be similar to 2017.

In Maine, nearly two feet of snow fell in March, and the typical bare ground patches were covered, resulting in some mortality. However, conditions were subsequently good, according to Sullivan. “Those birds that survived to breed probably had good nesting success, but overall, I expect the woodcock population from Maine breeders to be low.” Weik expects most New England states to experience low woodcock breeding populations but good nest success and brood survival.

In Michigan, Stewart reports that while spring came late, woodcock numbers and young-to-adult ratios should be similar to 2017. On the bright side, Williams says that woodcock brood weather was agreeable in Pennsylvania, and it could be an “exciting” hunting season. Woodcock populations have also been very good the last three years in Ohio. In 2017, flush rates approached three woodcock per hour during the peak of migration in early November, said Mark Wiley, Ohio DNR. 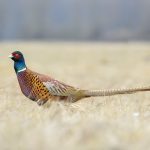 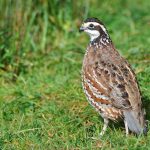