The last few years have offered some of the finest chukar hunting in the last three decades. The 2016 chukar harvest in Nevada was the sixth best since 1992, Utah boasted stellar numbers for several years, Idaho was predictably good, and there were some incredible localized spikes – e.g., Malheur County of Oregon in 2016, Pine Forest Range of Nevada in 2017.

In Nevada, this season’s intrigue lies in the third wettest March on record that brought record snow-melt water to central Nevada through Elko, said Espinosa. That was followed by heavy rainfall in May, creating of carpet of green with abundant insects during the brood-rearing season. The moisture missed popular and traditional chukar hunting areas such as the Pine Forest, Black Rock, Jackson, and Calico mountain ranges, which Espinosa predicts will only offer fair chukar-hunting opportunities.

In Oregon, prospects are down due to some winter mortality over the last two years combined with dry conditions this summer, according to Mikal Cline, Oregon Department of Fish and Wildlife.

Idaho may be the best bet this winter. The spring weather was fantastic, with good amounts of rain at the right times, which should translate into abundant forbs and brood habitat, reports Knetter. “I honestly can’t think of a year that was any better.” The Salmon Region experienced a hard winter, so it’s probably best to focus on the Magic Valley, Southwest, and Clearwater Regions. Utah will be moderate to poor due to the lack of precipitation in key chukar ranges, said Robinson. 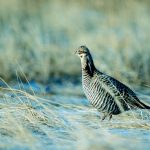 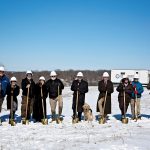