I apologize to no one for my love of hunting ruffed grouse and, especially, woodcock with a pointing dog. I do it as often as I can, and I live where I live because the bird covers are only minutes from my home.

But sometimes, grouse and woodcock guys give me a pain because of their condescending attitude Iˊve seen now and then when I mention that I love to also duck-hunt. To some of them, it seems, grouse and woodcock require the ultimate in dedication and expertise; the rest of the birds are mere pretenders. By implication, then, those who specialize in these upland birds are the outdoorsˊ true experts.

Well, letˊs ask the question: In the world of all the field sports, who are the experts? What sport takes the most time to learn, takes the greatest dedication, the most gear, the most time out of our days and weeks?

Is it deer hunting? Elk hunting? Turkey hunting, maybe? Any of the upland species? I vote no. Iˊm not denigrating any of these greats pursuits, but Iˊll bet you know people who hunt only deer, and then only for a few days a year. How many elk hunters hire a guide instead of doing it on their own? Turkey hunting? Well, yes, youˊre getting warm – lots of skill needed there.

But there is one sport and only one sport that involves virtually everything the others do, plus the X factor. And that sport is waterfowling.

Think about it: You have to have knowledge of the gameˊs habits for all of the big game – just as you do for pheasants and Huns and quail and all the upland birds. You have to be able to shoot accurately, of course, a skill thatˊs pervasive. But I mentioned dedication. What sport requires the most time before you can actually hunt in the morning and the most time to pick up at the end of the day? Deer hunters donˊt put out a hundred decoys or 500 wind socks, and turkey hunters put out two or three at the most. Waterfowlers have to be able to call, but so do turkey hunters.

Gear? Have you picked up an outdoor catalog lately? Talk about gear. My sons and I have two canoes, a john boat and motor, a deep-water boat and bigger motor, and a layout boat. And all the stuff that goes with that – trailers and hitches and big outside mirrors. (A friend of mine was bragging that heˊd just ordered a custom shotgun from a maker in Spain that was going to cost him $6,000 and didnˊt I wish I were him; while heˊs prattling on about his side-by-side, Iˊm thinking: I paid that for a duck boat and plus I had to paint it.)

Then, Iˊm sure like you, there are several hundred decoys of various species, sizes, and finishes, and a 16ˊx24ˊ shed to hold it all. Thereˊs camo everything, expensive shotgun loads, blind materials of different types. And donˊt even get me started on duck and goose calls; that last Cabelaˊs catalog had 212 different waterfowl calls. Oh – how many grouse and woodcock hunters have to lay down 20 bucks for a federal stamp and more for a state version?

Pick your sport, and in all these things Iˊve mentioned, duck and goose hunting beats them all when you add up the categories, the time, the effort, and the expense.

That is one reason you see so few young waterfowlers – sons and nephews along with the old guy aside. It takes time and of course money to accumulate the gear, and young hunters are usually short of both. But what of the effort I mentioned? Cˊmon – hauling stuff around for duck hunting compared with climbing a mountainside for elk? Well, good point. But I would say that the average elk hunter does not spend more than a few days a year clambering around the cliffs. If heˊs very lucky, heˊll be done for the season in one day. And yes, he calls, whistles up a bull, he hopes, but – hereˊs the X factor – whereˊs the dog? Ah yes, the dog. And all the dedication, time, knowledge, equipment, and expense it takes to train and keep a good duck dog. Nobody else has to do this to the degree we do. Okay, those who run hounds have a lot of the same things to deal with, but they donˊt have the training we do.

And thereˊs an entire other dimension if you use your retriever for upland hunting as well as in the marshes, he needs to know more to be a good one than a pointing dog does because: (a) thereˊs that whole staying-in-gun-range thing, and (b) he doesnˊt get a pass on the retrieving like a lot of pointing dogs do. Like mine. (The exception, of course, would be the versatile Continental breeds that do what hounds, retrievers, and pointing dogs do. Those guys take some training.)

Yes, you have to train a pointing dog, no question about it. Itˊs just that a retriever used in both upland and lowland hunting has to know more than any pointing dog does; it the rare English setter that can take an ˵over˶ or ˵back,˶ or whistle-sits at a hundred yards. So we breed them smart, donˊt we? I mean, whenˊs the last time you saw a seeing-eye shorthair?

And name me another hunting activity that requires you to pay more attention to the weather than waterfowling. Fronts and low pressure systems and early freezes… all those things and more affect us more than everyone else. And who but us hopes the weather next Saturday is horrible?

And shooting? Mallards with their feet out… wouldnˊt that be nice all the time? Forty-five yard downwind goldeneyes; a flock of teal or ringnecks or bluebills strafing the blocks… what other batch of wingshooters has to constantly think about head shots? Certainly not a woodcock or grouse or sharptail or Hun or quail hunter. They shoot at a whole bird; we shoot at a part of it.

Which raises another question – with all the work and hauling stuff around, duck and goose hunting, as Iˊve hinted, really are a young manˊs games. If you want a nice, long, waterfowling career, I suggest you do what I do – buy 75 percent of the gear, and do 25 percent of the work, my sons on the opposite side of those percentages. It works. They are more than willing to paint, camouflage, load, and unload my boat while I watch from the dock with my hands in my pockets. Same with the decoys (although Iˊm a great line-wrapper) and all the rest. And my calling stinks – I gave up years ago. They call great. Itˊs a simple solution, really: They call my ducks, I buy them nice calls for Christmas.

Sometimes, despite this bewildering maelstrom of factors, all of this goes for nothing. A pheasant hunter worries about the hatch and brood survival. Waterfowlers worry about the hatch and brood survival… and whether winter will move in on schedule so the birds will work south or stay north until the seasonˊs closed. And that season – 90 days or 60 days or 30 days? Part of it split? Did I forget to mention that you have to be able to identify species and often sexes of ducks on the wing, at top speed, in half light, while youˊre still half asleep?

When you add all this up, if youˊre a waterfowler, rest assured you are at the pinnacle of sport. Just ask the dog. This article first appeared in the June/July 2011 issue of The Retriever Journal.

This issue is available to order through our Online Storefront. 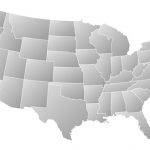 Out of State Strategies: Part 1 – Staying on BudgetFeatures 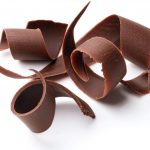