Eating eggs may be hazardous to your dog’s health! More specifically: chocolate eggs – you know, the ones that seem to pop up every spring. The same goes for any other delicious chocolate items that surround the check-outs of our grocery stores and enter our homes during the holidays. And make no mistake about it, dogs love chocolate, and the more they are exposed to it, the more they seem to crave it.

But just because they love chocolate doesn’t mean it is good for them. In sufficient amounts, chocolate can cause serious illness in our canine friends and in some cases, death. The Animal Poison Control Center (ASPCA) reports that ingestion of chocolate is one of the most common reasons dog owners and veterinarians call them. Not unexpectedly, these calls typically increase around holidays such as Valentine’s Day, Easter, Mother’s Day, Halloween, and Christmas.

So what is it about chocolate that makes it bad for our dogs? The quick answer is theobromine. Theobromine is a naturally occurring stimulant that occurs in large amounts in the cacao bean. The other troublesome ingredients in chocolate are caffeine, fat, and sugar.

Let’s look at fat and sugar first. Chocolate is often used as flavoring and as such is found in small amounts. When a relatively large dog, such as most of our hunting breeds, snatches a plate of cookies, the usual result is a temporary upset stomach with maybe some diarrhea and/or vomiting. The illness is temporary and is more the result of a fat and sugar overload than ingesting the small amount of theobromine.

But, theobromine is toxic, and when ingested in sufficient quantities can cause vomiting, diarrhea, hyperactivity, tremors, seizures, rapid heart rates, abnormal heart rhythms, and (in severe cases) death .With all these nasty effects of theobromine, how come chocolate doesn’t make many of us sick? Fortunately for us, our bodies break down and eliminate theobromine very rapidly. In dogs, however, the half-life of theobromine is about 17 hours. This means after 17 hours, one-half of the theobromine is still active and at 34 hours, one quarter of the chemical is still at work. As a result, it will take about 3-4 days before the theobromine is completely out of the dog’s system.

Armed with the weight of your dog, knowing the type of chocolate consumed, and understanding the dosages of theobromine, we can derive some approximate levels of chocolate necessary to produce illness:

Remember that all of these numbers are estimates that may be affected by the age of the dog and its general health. As you probably noticed, it takes a lot of milk chocolate to produce illness, less of the semi-sweet variety, and very little baking chocolate. White chocolate is nearly non-toxic.

If you know your dog ingested chocolate and is showing any symptoms of theobromine toxicity (excitement, trembling, vomiting, diarrhea, muscle spasms, seizures) call your veterinarian. There is no specific antidote. Treatment is symptomatic and may include some or all of the following: inducing vomiting, activated charcoal, intravenous fluids, anti-seizure medications, and heart medications. Most cases of chocolate toxicity will respond to treatment. Follow my Golden Rule and your dog will be safe: Chocolate, like poison ivy, is not meant to be shared 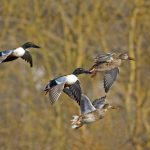