This update to our 2018 Upland Gamebird Hunting Forecast incorporates the results of late summer upland bird population surveys. This final piece of data measures recruitment of birds into the fall population, allowing us to provide a more finely tuned forecast than was possible at press time for the print magazine in mid-July.

Forecasting fall populations of pheasants, bobwhites, prairie grouse, desert quail, and chukars is a mix of science and art, informed by surveys of gamebird populations at the beginning of the breeding season, spring-summer weather patterns, and, in some states, late summer roadside or brood surveys that estimate the current year’s production.

Many state fish and wildlife agencies conduct surveys each spring that provide an index of populations. Pheasant crowing counts, bobwhite whistle surveys, and grouse drumming or lek counts provide an indication of bird numbers coming in to the breeding season, a measure of over-winter survival and the previous year’s production. This is good trend data but doesn’t tell much of the current year’s story since the reproductive potential of most upland game species is extremely high and populations fluctuate wildly from year to year based on nest success and brood survival.

By mid-summer, weather patterns and anecdotal observations are often enough to enable accurate projections of the level of production during the current breeding season. State fish and wildlife agencies upland game specialists have a ton of experience in correlating weather patterns with upland game populations, and often get it right. This is the basis of our annual print version PDJ Upland Gamebird Hunting Forecast.

The last piece of data, which can cement or change our forecast, are the results of summer roadside or brood surveys conducted by some state fish and wildlife agencies. Here’s a look at this data relative to 2018 upland game populations. In most states, the encouraging mid-summer projections held up nicely, and it’s going to be a pretty good year to chase upland gamebirds! 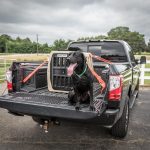 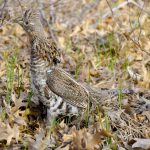