The basis of selective exposure is that people are most comfortable in familiar surroundings and situations, and so it is with our dogs. That is why we simplify a marking or handling concept, teach, and test. If necessary, we repeat the process again. That’s why the late Rex Carr, a well-known professional trainer, developed his five-step process to help a dog learn. The steps a trainer should follow are:

These five steps create conditions of dissonance and strengthen the behavior the trainer desires. Sometimes, if the dog fails to properly perform, the handler will have to regress to previous steps. Failures generally occur in the steps involving pressure and praise. If a failure occurs in the step involving pressure, back up to the first and second steps again.

A trainer does not necessarily have to go through all five steps in one training session, even if you are working in the yard. Use good judgment and avoid grinding or nagging the dog. Watch his tail. If it starts to droop, you can bet learning is being impaired. Continue that particular session on another day. Also, use the same five-step procedure for other difficult concepts in the yard or the field.

Selective exposure is also the reason a dog should be exposed to as many different environmental situations as possible. A training session or trial/hunt test on home grounds differs from such an event elsewhere. Take steps to expose your dogs to various factors — plush alfalfa fields, stubble grain fields, irrigation rows, cut or husked corn rows, ditches, creeks, hills, hay bales, and so forth. Dogs love a good hike in strange territory, and it helps condition them to different trial/hunt test grounds.

A pro once taught me to watch the ears of dogs. On a marking test, for example, he said to imagine that the arc of a memory bird is exposed on film in the dog’s brain, but the picture doesn’t develop until the dog is lined up for the retrieve. Then, watch the ears. With most dogs the ears will twitch a little, a sign of “I remember,” and that is the time to send the dog.

A signal like that also can occur when lining a dog up for a blind. If not a twitch of the ears, maybe a slight leaning forward for just a moment, as if the dog is ready to pounce. That is the time to clue the dog. Some handlers use “good” or “that’s it” when the dog is lined up properly and focused down the channel. Do something to confirm to the dog that that is what you want. T.J. Lindbloom once said that he clucked his tongue once or twice to confirm the line to his 1979 NFC-AFC McGuffy!

A well-known pro taught me how to watch for what really is post-decision dissonance on water blinds, especially when there is strong shoreline suction. He notes which way the dog turns back to answer a whistle, especially a second whistle. If the dog turns back to the same side to which he was cast after the first whistle, the dog is still with the handler. If the dog turns to the opposite side, that may indicate a cast refusal or bad scallop is coming, especially if the next cast doesn’t have enough authority. It indicates that the dog’s momentum has shifted toward the shoreline.

In training, one might re-establish control by hesitating before the next cast, making the dog tread water to break the momentum. With some dogs, the handler might have to use a short come-in whistle, then a sit. In a trial, one might hesitate and then give a cast similar to one used to get a dog off a point, an over with a hard, verbal, “Over!”

In training or in a trial, it is crucial that the dog takes the next cast. If the dog had turned back clockwise to his right, another righthand cast with maybe a half-step and a verbal would have reinforced the decision to go straight back. As it is, because he turned to the left, that indicates the magnetism of the shoreline is now stronger than the magnetism of the original line.

We can posit that post-decision dissonance also is involved in both a no-go and a spin. When the handler releases the dog on a mark or blind, some condition or the dog’s emotional status at that particular time creates dissonance with the dog’s instinctive prey drive and his learned behavior. Most of the time, in my opinion, a no-go and a spin are man-made.

Strange, but many pros say the same thing about dogs, and Carr was adamant that amateurs praised and petted their retrievers too much. Praise and touch are important aspects of training. Carr’s criticism was that amateurs only reassure themselves by praising and petting the dog outside of a structured training session.

Whenever we think of behavior traits in retrievers, we should consider the word “attitude” as a tendency to react in a certain way. The behavior and mental attitudes in our dogs have a lot to do with the art of retriever training.

Those of us who have trained retrievers know they have cognitive powers, and that it varies among individual members of the retriever breeds. Some are just plain smarter than others. Some even seem to be sagacious. Many of them can read the trainer better than the trainer can read them. I believe the best of them exhibit behavior that goes beyond Pavlov conditioning. They might even think in terms of imagery, a form of non-verbal thinking.

That brings us to the mental capabilities of retrievers, the enhancement of instinctive behaviors and the teaching of learned behaviors — those things that go into the tendencies to react in a certain manner. Those capabilities involve three basic characteristics: the dog’s prey drive, defensive nature, and its social bonds and emotions. That is what dog training is all about; there is nothing new. These things have to be kept in a proper balance, or we can create critical issues.

Editor’s Note: This article was first published in the February/March 2019 issue of Retriever News. 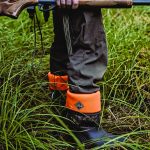